It’s undeniable: The lady had style. Elegant but never fussy, sleek and body grazing but not overtly sexy — Coco Chanel’s style was in a category of its own. She created designs that women sought and men admired, refusing to conform to the times while, instead, shaping the fashions of the time to her perspective. With such inimitable style, is there any wonder Chanel became a legend? What’s more, it all began with women’s hats.

The venerable design showcase known as the House of Chanel started out in 1910 simply as Chanel Modes. A small boutique, it was an outlet for Chanel’s hobby, hatmaking, as well as a venue for selling her creations. Yet, from the beginning, these were no ordinary hats. With a goal of creating luxury coupled with comfort, Chanel designed hats that were sumptuous in detail yet the height of comfort and simplicity. Indeed, as she often said, “Luxury must be comfortable, otherwise it is not luxury.” 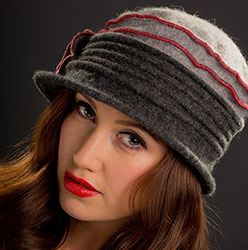 The result was fabulous hats in both form and function, garnering attention from the outset. Worn by famed French actress Gabrielle Dorziat, a trendsetter in her time, Chanel’s hats rapidly gained popularity among other French actresses of the era as well. Of course, viewing her as a role model of style, it’s not surprising that women around the world followed suit. Yet the fact is that Chanel was her own muse, designing styles that looked sensational on herself. As it turned out, her hats looked equally stunning on other women as well.

The Coquetry of Wide-Brim Hats

As Chanel knew, there’s something intriguingly provocative about women’s wide-brim hats. Whether it’s the summertime look of a striking wide-brim straw hat accenting an ultra-feminine sundress, or the soigné style of a wide-brim wool felt hat partnered with a tailored suit in winter, the hat’s wide brim shades the face in a way that is nothing short of beguiling. Like Chanel herself, a woman who wears this hat understands the power of flirtation, the peekaboo appeal of partially hidden eyes. It’s seductive yet totally innocent, and therein lies the allure. It’s every bit as much a head-turner now as then.

The Sophistication of the Cloche 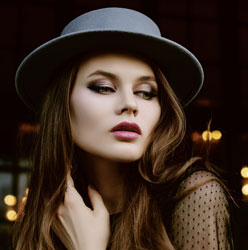 In a time when women’s hems brushed the floor, hair was long and coiled around their heads, and hats were laden with embellishment, Chanel dared to be different. That’s why the cloche was such a sensation. Fitted close to the head and framing the face, it was a hat for the woman who was free enough to bob her hair, raise her hems and experience life. It still is. Offering just as much élan with a little black dress (LBD) today as it did when Chanel designed both, this hat is also a suave partner to anything else a woman chooses to wear with it.

The Casual Refinement of the Boater Hat

Piles of pearls, enormous plumes of feathers, crisp little boater hats — Chanel appreciated the value of accessories. Such was her eye for detail that these accessories, so closely associated with her, are still fresh and popular among fashion’s cognoscenti. Take the boater hat, for instance. Combine it with a jacket from a vintage Chanel suit, with its characteristic boxy shape, and a pair of skinny jeans and ballet flats. You have a casually refined look that hearkens back to Chanel in the most avant-garde way, with the hat making all the difference.

The Perennial Chic of a Stylized Beret

Is there any fashion as Parisian as a beret? A model of simplicity, it’s the little hat with a definitively French flair. Paired with wide-legged trousers, a chic look for which Chanel was known, it’s the epitome of retro charm. Wear it with an LBD for understated elegance or with jeans for a style that is at once relaxed and polished. In wool melton, lush fur or even in raffia straw, a beret is the stylish little hat that belongs in virtually every woman’s collection.

The Easy Elegance of a Bucket Hat

Capturing the very essence of Chanel, the bucket hat is the one in which she was most often photographed. While she favored coupling the hat with her trademark suit, why not try it with the pencil skirt from that suit and a fitted top accessorized with cascades of pearls? A nod to Chanel, it’s also on point right now. Or consider combining a cotton bucket hat with shorts and sandals for a day of sightseeing or strolling the boardwalk. It’s easy elegance with a good deal of versatility as well.

Chanel’s hats, like all of her designs, are timeless, luxurious and just beautiful on every woman.

The post The Hats of Coco Chanel first appeared on thedailyvogue.com. 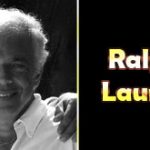 The Influential Men of Fashion
Next Article 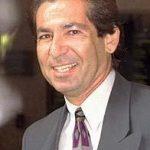