This long-legged Brazilian supermodel didn’t have to fight for opportunities and attention in the fashion industry. Alessandra Ambrosio began modeling in her teens with a face as beautiful as her body and was quickly noticed by leading fashion designers and modeling agencies on the international stage. Her hourglass figure, graceful appeal, and fanciful demeanor aided her in establishing a highly successful career.

Contents
Alessandra Ambrosio: Who Is She?Childhood and Early LifePersonal Life and Career

This international supermodel has walked the runways for almost all of the world’s top fashion labels and designers and posed for several of the world’s best photographers. Learn more about the famous Brazilian model Alessandra Ambrosio by reading on.

Alessandra Ambrosio: Who Is She?

Alessandra, on April 11, 1981, in the small village of Erexim in Southern Brazil, to petrol station-owner parents, was among several Brazilian models to break out on the international scene in the late 1990s. She was a leggy youngster who developed an early interest in the fashion industry, enrolling in modeling classes at 12.

The stunning brunette decided to enter Elite model agency’s Look Of The Year competition in 1996 and, despite not winning, was quickly added to its roster. After emerging on the cover of Brazilian Elle, she moved on to Guess ad campaigns.

Alessandra has been described as “the future of the modeling world” by supermodel Tyra Banks. She has since been in high demand from major brands such as Revlon, Calvin Klein, Giorgio Armani, Ralph Lauren, and the famed Pirelli Calendar.

However, her most well-known collaboration was with the American lingerie brand Victoria’s Secret, where she was ranked alongside fellow Brazilians Adriana Lima, Gisele Bundchen, and Izabel Goulart. Since leaving their native country for the United States, the elite group that made fashion sexy again with their exotic looks and curvy figures has remained firm friends.

With a cameo appearance in 2007’s Casino Royale, the super sporty supermodel—who lists skydiving, volleyball, surfing, and snowboarding among her interests—could be following in Gisele’s footsteps by pursuing a silver screen career. 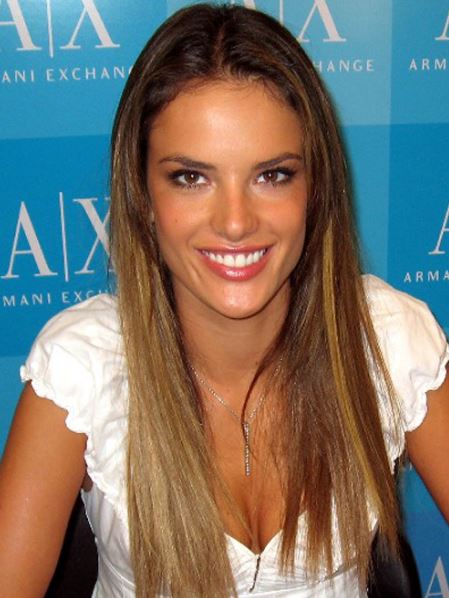 Alessandra Ambrosio’s journey from bright-eyed trend-follower to beautiful trendsetter began at eight when she began regular model dress-up sessions with her sister. Alessandra Ambrosio, a young admirer of Helena Christensen and Kate Moss, was also a fan of Karen Mulder. She knew what she wished to be when she grew up after seeing the model in a fashion magazine.

Alessandra Ambrosio was taking modeling classes within a few years, but her teenage insecurities got the best of her. While her slim frame was ideal for a model’s body, she felt her ears were too notable and underwent surgery to “fix” them. Two years later, complications arose, but they did not derail her quest for a modeling career.

At 15, Alessandra Ambrosio boldly entered the Elite Modeling Agency’s 1996 Look of the Year Competition. Although she did not win, the agency returned a year later to offer her a professional contract. Alongside her first magazine covers for Marie Claire (Brazil), Elle (Brazil), and Harper’s Bazaar, Alessandra Ambrosio made a name for herself in 1999 as a “hired gun” on a Calvin Klein Jeans campaign, as well as a New York and Paris runway model for Philosophy di Alberta Ferretti and Christian Lacroix.

With Elite’s full support, her agency boldly sent a few select modeling shots to GUESS, who chose her as the “face” of the 2000 Millennium campaign with Ana Beatriz Barros, another Brazilian model who assisted Alessandra in learning English. Like Anna Nicole Smith and Laetitia Casta before her, Alessandra Ambrosio became a hot modeling commodity and a famous face as a Guess Girl.

Photographers from all over the world were soon lining up to photograph Ambrosio. Fashion pioneers such as Oscar de la Renta and Revlon were even faster to sign her up for exclusive deals. 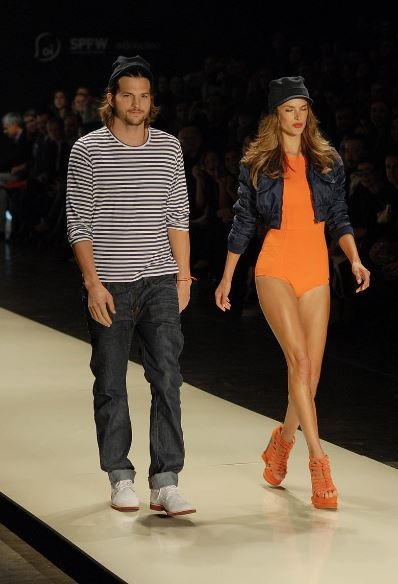 Alessandra Ambrosio walked her first Victoria’s Secret runway show in 2001. It would be the start of a long-term relationship with the retailer. She was chosen as the spokesmodel for their 2004 line, Secret Pink, and has been one of their oh-so-glamorous and exclusive Secret Angels.

As part of the joys of modeling for a lingerie company, she was allowed to appear in TV commercials and pose in a custom-made 2005 outfit made entirely of candy. Alessandra Ambrosio’s growing industry relevance also included a cameo as a tennis player in the film “Casino Royale,” starring Daniel Craig, and a guest appearance as herself on an episode of “Entourage” in 2007.

After graced the cover of GQ in June 2007 and being named one of People’s 100 Most Beautiful People in the World, Ambrosio capped off the year with a couple of major accomplishments. First, with an annual salary of more than $6 million, she broke into the top five model earners globally. She also appeared alongside Gisele Bundchen, Camila Finn, and a small group of Brazilian models in a Vanity Fair editorial shot by Mario Testino.

When Alessandra Ambrosio became pregnant with a child in 2008, all eyes were on her. She still found the chance to join the other Victoria’s Secret Angels for the cover of September 2008 British GQ and the company’s annual fashion show two months later, despite the birth of her daughter, Anja Louise Ambrosio, that August.

Alessandra Ambrosio, slimmed down and still a member of the modeling Elite, teamed up with Sacha Baron Cohen for a British Marie Claire Borat-themed cover in the summer of 2009. A year later, she walked the runways of Paris for Prada, where she added sassiness and sex to the “librarian look.” As a model who thrives on the opportunity to play characters on the runway, it was the ideal way for Alessandra Ambrosio to commemorate her continuous growth as an industry darling.

The very spicy Alessandra Ambrosio is effortlessly among the modeling world’s finest women, whether she’s dolled up in candy or being entirely angelic. She’s a regular on the annual ranking of the Top 99 Most Desirable Women and among the industry’s highest-paid ladies. 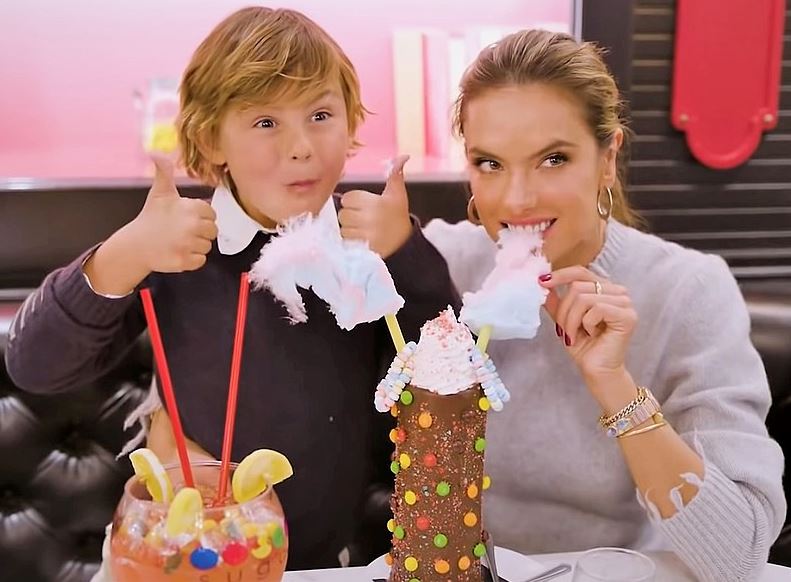 Per Forbes magazine, Ambrosio was the fifth highest-paid model globally in 2006, with an estimated annual income of $6 million. She was ranked sixth in 2008 and 2009, with $6 million and $5.5 million. 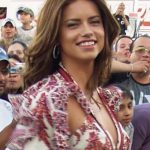 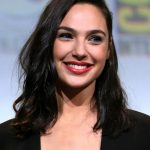