One of the best self-care activities is getting your nails done. It’s relaxing, plus it makes you feel really pretty. While most women are satisfied with getting some polish or a simple manicure, some want to take the extra mile to showcase their hands further by getting acrylic nails.

Acrylic nails are pretty common these days, and celebrities are often seen sporting insanely long ones that will make you wonder how they go about their day. Here is also the link to our post about the home remedies to have stronger nails.

What are Acrylic Nails?

Acrylic nails – also known as fake nails or nail extensions – are basically extensions placed over fingernails for the sake of fashion and beauty. Acrylic nail designs vary, ranging from those that attempt to mimic the appearance of real fingernails to those that deliberately achieve an artistic look. It’s also perfect for concealing brittle or damaged nails.

Unlike most manicures, acrylic nails need regular upkeep, and it is recommended that they are attended to at least every two weeks, but they may last up to about one month. Nonetheless, its versatility in terms of design, color, shape, size, and comparatively high durability are some of the advantages it holds over other types of manicures. 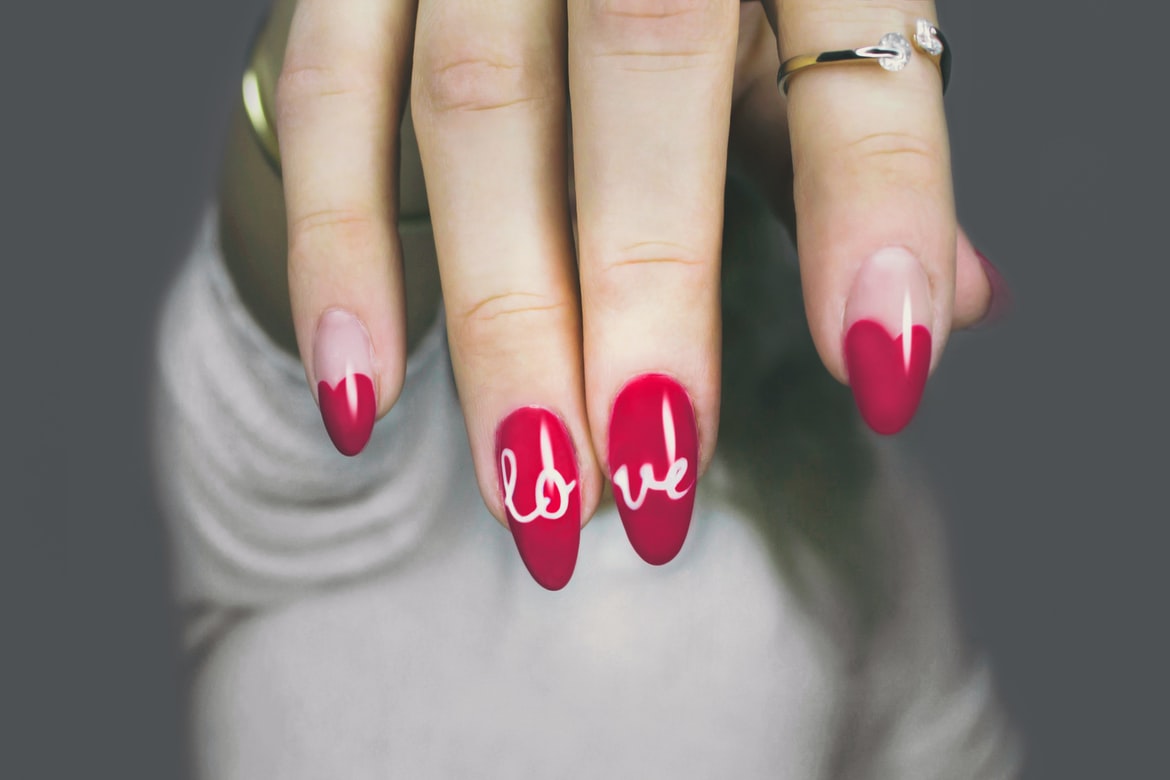 Women have been wearing fake nails for centuries. Egyptian women liked putting on fake nails made of ivory, bone, and gold. Cleopatra and Nefertiti are often depicted wearing long nails. Egyptians used henna to give the nails color, and pharaohs reinforced them with papyrus paper. But the Egyptians weren’t the only civilization that artificially elongated their fingernails.

The Chinese also developed fake nails by 600 BCE, which they decorated with silver or gold cones – a practice that has been maintained over time since the Ming Dynasty. They invented the first enamels and the first artificial nails. The fake nails were a symbol of wealth and power, so they bejeweled the fake nails also to protect their natural nails.

In ancient Greece, carrying long nails was also a sign of power and wealth. They decorate it with gold leaf or miniature paintings, which is very similar to modern nail art. 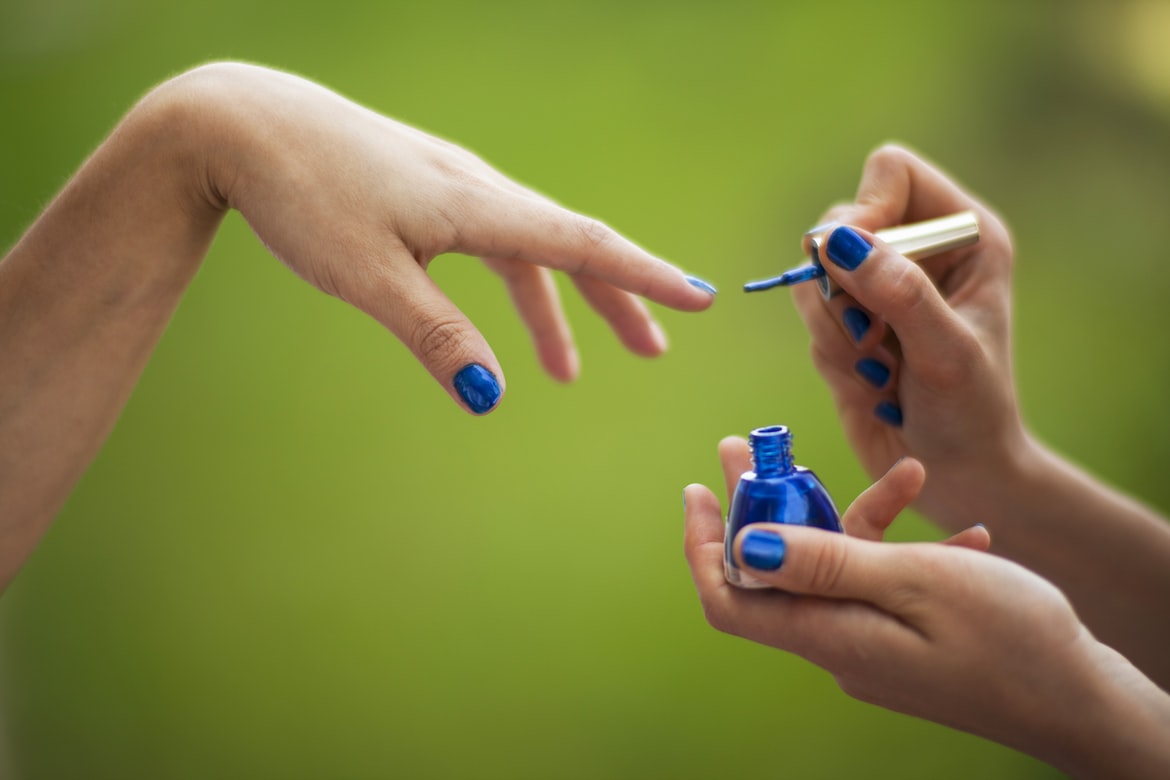 The so-called modern manicure came from France around 1830 when King Luis Felipe got one of those annoying hangnails that we hate. The king’s doctor invented a manicure kit, which his niece would later popularize. These metallic instruments became common in the United States by the 19th century. That time, it was normal to use powders and creams on the nails.

In 1878, the first manicure salon opened in Manhattan. It was owned by Mary E. Cobb, which started after studying nail care in France and marrying podiatrist J. Parker Pray.

During the 1920s, short, well-manicured round nails were a symbol of wealth. Elaborate nail designs also became popular during the 1920s, when flapper girls began wearing bright red nail polish.

During the 1930s, nail paint became popular after cosmetic company Revlon released its first mass-market line of nail enamel with a long-lasting formula. But it wasn’t until the 1950s when realistic-looking fake nails came into the scene.

Extension of nails in the 1950s was possible by means of cutting natural nails, gluing them to the tip, and covering them with paper. During the 60s, other materials for false nails have been discovered and developed, such as porcelain, silk, and fiber.

A dentist discovered acrylic nails by accident during the 1950s. In 1954, dentist Fred Slack broke his fingernail at work, so he experimented with chemicals and different materials to create a realistic-looking nail to go over his broken one.

At first, Slack knew he could repair nails using dental acrylic as he already repaired people’s teeth with it. But it was fiddly. At the same time, he also wanted it to look realistic. So, he fashioned aluminum foil into a platform to build out acrylic on his thumb. This gave birth to the acrylic nail extension platform. Slack patented this invention, but he did something more.

Using dental acrylics and experiments with different materials, Slack and his brother, Tom, patented a successful version and started the Patti Nails company. Slack used his dental equipment and chemicals to replace his natural nail, but the process has significantly changed over time. They developed other chemicals to perfect the nails and keep them from yellowing.

The company was later known as Nail Systems International, which developed and marketed new products for nail technicians. At first, the company was making materials for use for both the dental and nail community, but by 1987, they began focusing on the nail industry alone. The company also began selling and manufacturing gel nail polishes.

However, it seems like Slack wasn’t the only dentist involved in the nail industry. Back in the 1930s, a dentist named Maxwell Lappe invented a fake nail using acrylic that fits over a person’s nails to prevent them from biting it off. However, these devices looked very fake and very thick.

In the late 1970s, another dentist, Dr. Stuart Nordstrom, invented the professional liquid and powder system used in acrylics. The powder didn’t become brittle or turn yellow with age. He’s also the founder of CND, a global leader in professional nail beauty.

The acrylic nail boom was so big that it went from being a North American product to a worldwide one.

Since then, countless techniques have been developed, different materials have been experimented with, and the available technology keeps evolving along with the industry. Acrylic nails have come a long way since the ‘50s, and some people create complicated nail art that involves rhinestones and other materials.

Nowadays, keeping natural nails healthy has become a priority, so most acrylic nail makers are now using safer, higher-quality materials that would guarantee the least harm for the natural nails.

The post History of Acrylic Nails first appeared on thedailyvogue.com.

Women’s Hats that Aren’t a Beret or Beanie

The Best Hat Styles for Women

How to Style Your Sterling Silver Jewelry 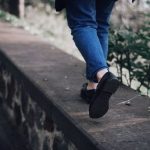 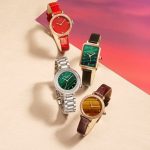 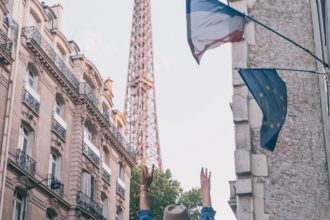 Women’s Hats that Aren’t a Beret or Beanie 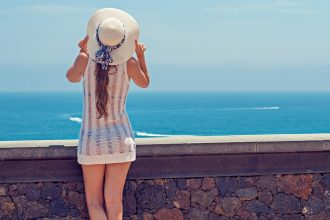 The Best Hat Styles for Women 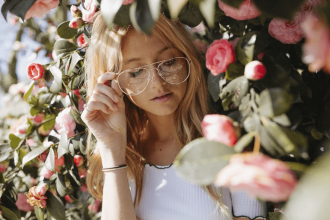 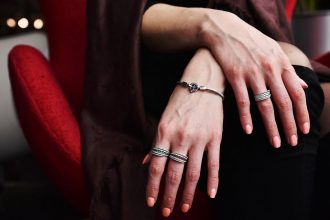 How to Style Your Sterling Silver Jewelry